He has been one of the main protagonists of Argentine business entrepreneurship, with a strongly enterprising outlook, and a high ability to carry out his plans.

Deeply rooted in his homeland of General Deheza, since early youth he had a clear vision of the enormous potential of the edible oil industry. Thus, with the advantages of his hands-on work experience plus a naturally brilliant mind, he identified the key factors in a complex macro-economic context, hounded over long periods by instability and stagnation.

His sense of vision and social commitment accompanied him in his search for the best formulas to build up the financial support his new initiative required: Aceitera General Deheza (AGD), founded in 1948.

His contemporaries recognize his leadership abilities and remember how he was able through politely diffident diplomacy to obtain the necessary support for his business project.

He died in 1996, at 76, certain that the founding spirit he transmitted with his actions would remain intact, and that AGD”s future growth was assured. 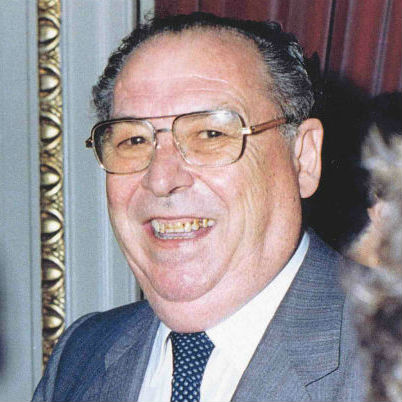 The members of a new generation of the Urquía family and other men from General Deheza began to take responsibility for the company as from the sixties.

Alberto Vicente, son of Vicente Urquía, joined company activities in 1963. Adrián Alberto Urquía was the first of Ñoño’s sons to join AGD in 1968. Roberto Daniel joined in 1970 and Adriana Nora in 1985. They all hold key posts in the company.

Adrián Pascual Urquía had a vision of strategy. He understood that the natural comparative advantages of the countryside must be enhanced with a vigorously modern, integrated and competitive agricultural industry. He understood that the provinces of Argentina could make a significant contribution to the development of a solid economy and a mature society.

He thought that to achieve this, much had to be changed, and correspondingly set to work. He took an active part in public life in General Deheza, his native town, and in Córdoba, his province. He also formed part of corporate organizations in the sector, participating in forums and economic research organizations such as the Fundación Mediterránea, which he joined as a member.

Adrián Pascual Urquía was part of a generation of businessmen that can be said to have founded modern Argentina. His ideas and his projects carried out in the interior of the country mark him as an undisputed protagonist of this great success story of the Argentine business community.

Adrián Pascual Urquía was an entrepreneur. He believed in the dignifying power of hard work and the ability of industry to transform society, generating welfare and progress through adding value to natural resources.

He was a genuine businessman, taking risks and daring to compete and innovate. He reinvested his profits time and again without taking short cuts to growth. He despised the “culture” of handouts and rentals, the "plata dulce" (“sweet cash”) speculative attitude and easy earnings.

He internalized his corporate responsibility as a high-level social commitment, deeply convinced of his obligations to his workers and the community at large. He was daring, as were all the pioneers, but learned moderation and prudence to fulfill his self-imposed responsibility of watching over social welfare.